Bit of house work required today on the old bodies. We both needed haircuts and a bit of other panel beating so headed down to the Mitcham Square local shopping centre. Afterwards we were joined by Leonie and David for a coffee at the local coffee shop where they were constantly involved in discussions with locals that they knew. 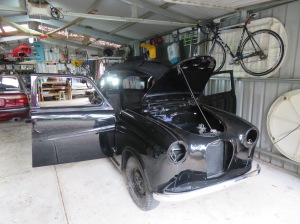 Made our way home and David showed us his A35 which he and the boys, Lachlan and Alistair have been renovating over the years.
It is not too far off completion and just waiting for the return of the reupholstered seats and being put back together. It’s been a great project for the boys to be involved with over the years. 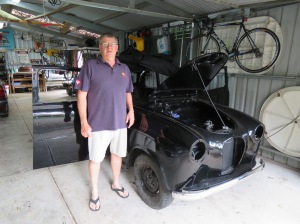 Leonie and David then took us for a ride around the district including their local bush parkland and take a look what we saw. 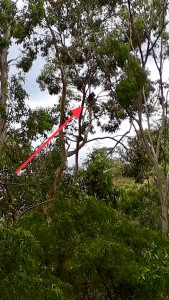 Neither of us have ever seen a koala in the wild before. In this ravine we saw five within a very short distance and as it was a little cool they were very active.

We then drove up to a look out to see across to the city centre and out to the southern ocean. 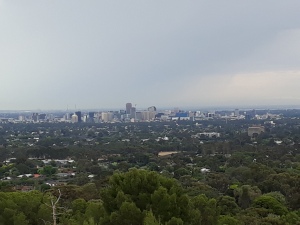 Adelaide is north of the Fleurieu Peninsula, on the Adelaide Plains between the Gulf St Vincent and the low-lying Mount Lofty Ranges. The city stretches 20 km (12 mi) from the coast to the foothills, and 90 km (56 mi) from Gawler at its northern extent to Sellicks Beach in the south. According to the Regional Development Australia, an Australian government planning initiative, the “Adelaide Metropolitan Region” has a total land area of 870 km2.

On our return to the house we received a message that Frasers fathers car that he has in Canberra had been stolen and torched. Good thing it was only a run around and not worth anything.

Our plan for the remainder of the day was to head up the Mount Lofty Ranges to catch up with some other Shay Gap friends who we have not seen since we attended their wedding back in 1988!!!

Our friends Jacquie and Mark live on a small holding about 30 minutes from where we are staying in Adelaide.

The evening was spent rehashing what each of had done over the intervening 30 years. They had four children of which one is a professional cyclist and won a Gold medal in the last Commonwealth Games. Currently she is getting over a fall where she injured her shoulder but we are told by mum and dad that she is difficult to keep down. She is hoping to trial shortly for the Olympic team so we wish her the best of luck as it sounds like she has put in the hard yards.

In the morning, Mark, Jacquie and Fraser went for a two hour walk down near the Mount Lofty lookout. 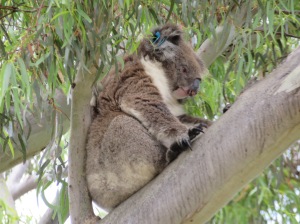 On their trek they came across eight of these little fury fellas. This particular one had been tagged.

To get so close to these fellows is very special.

Just to let you know – they are not as cuddly as you would think. They have very long claws and can cause you very serious injury if they would prefer not to be in your company. Koalas typically inhabit open eucalypt woodlands, and the leaves of these trees make up most of their diet. Because this eucalypt diet has limited nutritional and caloric content, koalas are largely sedentary and sleep up to 20 hours a day. They are social animals, and bonding exists only between mothers and dependent offspring as in this picture below which Fraser captured. This is a fairly mature offspring. 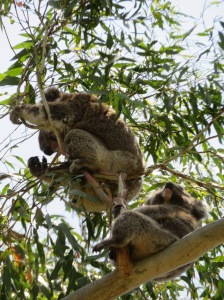 The walk was finished off with lunch where we parted ways to catch up with one another on Wednesday evening for dinner.

The rest of the day was spent catching up with washing and ironing before hitting the sack for a much needed early night.