Most of the day spent being Tommy the Tourists. We caught the local bus into Warwick City and then made our way to the castle. We had been here before in 1991 and in fact celebrated our 2nd wedding anniversary here. We both remember sitting looking out at this spot having a cuppa tea. In those days we celebrated with tea out of a thermos. Today, we bought a latte – how things change! 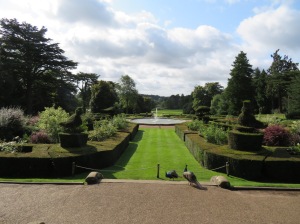 We discovered that the tower we saw yesterday whilst we were doing the Hatton flights was St Mary’s church and not the castle. Mystery solved.

Warwick Castle was bought back in 1978 by Madam Tassauds who have since turned it into a true touristy attraction. It is not one you would find on the list of National Heritage sites but probably more on the list of theme parks. It was hideously expensive but book five days in advance and there is a considerable reduction. 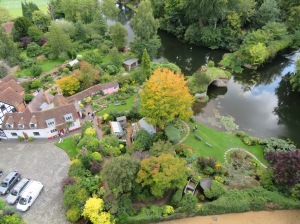 There was a lot of have a look at such as the trebuchet that they had working. 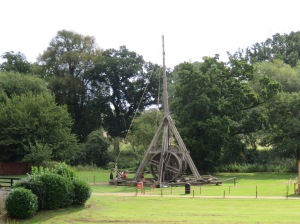 Falconcry exhibition which we found very informative and impressive. 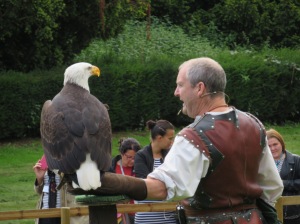 There was also an archery session but we were too busy to fit that in also but did pass by the site where it was held. 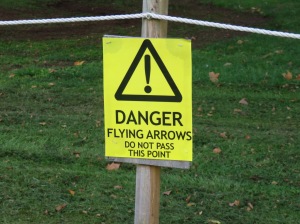 There were lots of these magnificent peacocks just wandering around the gardens. Obviously people had fed them in the past but they were not that intrusive. Can’t think when the last time was that we actually saw any of these gorgeous birds. 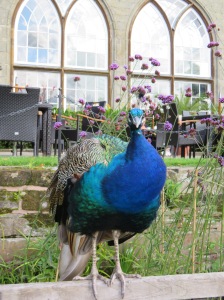 We wandered around the rooms which were unstaffed so you could get right up close to the exhibits. 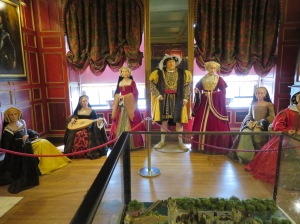 The current Earl of Warwick lives in Australia and wants nothing to do with the castle even though he was brought up in it. Tussards have approached him a number of times but he will not even acknowledge their contact. Obviously he is over it! He retains the title and it will carry onto his children and according to our guide he will always be able to travel first class on British Airways – god knows what that is all about.

We spent quite a bit of time in the gardens as we had great weather and some of the views are quintessential English. 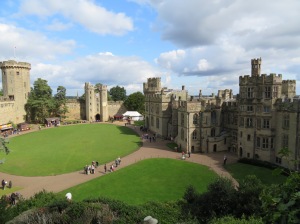 We walked back through the town and dropped in for a proper cuppa of tea in fine bone China cups at a very quaint tea room. It was all rather perfectly satisfactory.

Back at the boat we opted to cruise towards Leamington Spa so that we could pass by the Tesco’s to do a big shop. It worked out well as they had mooring pins right outside the supermarket. We like it when it is like that as carrying groceries any distance is not a lot of fun.

Our original plan of then heading further down the cut was changed as the weather started to turn sour yet again. We needed to run the engine for a few more hours so this was as good a place as anywhere and away from residential areas. 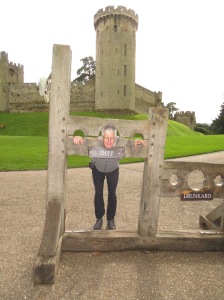