Final day in Oslo as we fly out tonight at 7pm.
The day is soggy, wet and foggy as you can see by this chap who was rowing across the Oslo harbour. 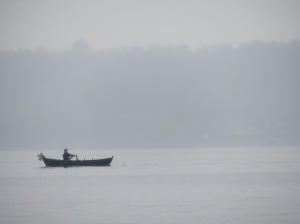 Decided the best course of action was to check out a museum. Selected the Fram museum which focuses on Norway’s polar exploration and in particular Roald Amundsen. The museum is on the other side of the harbour but it was a short ride by ferry to get there.
It’s a very good museum and well attended. Main attraction were the two boats Amundsen used on his voyages, the Fram and the Gjoa. 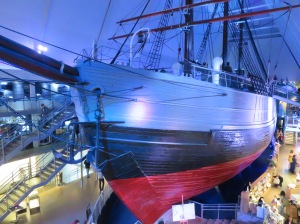 Amundsen was really quite an amazing man. Very skilled and very organized. He built the Gjoa and Fram so that they could withstand being locked in the ice over polar winters even though no one thought that was even possible. Amundsen and the Gjoa were the first to find a way through the north west passage thus finding another way to get from Europe to the orient. The trip took 3 years with 2 winterings locked in the ice in northern Canada were he was visited and supported by the Inuit. 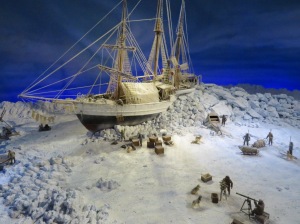 Amundsen other famous trip was in 1912 to the Antarctic with the Fram. We was very well prepared and skillfully used a team of over 100 dogs to get to the pole one month ahead of the ill fated British expedition lead by Scott. On the way home Amundsen came via Hobart and donated his dog teams to the Australian Antarctic explorer Douglas Manson ( the man on the $100 bill in OZ).
Latter Amundsen also got to the North Pole to become the first person to achieve the “ polar double double”. ( No, this is not a new summer drink from Tim Hortons !!!! )
After the museum quickly ducked into town and did a quick walk by the royal palace. 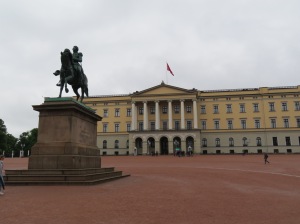 Then onto the train and out to the airport so as to catch the flight to Amsterdam.
Apparently they allow very big dogs in the airport as there appears to be a deposit left in the departures hall that no one has cleaned up. 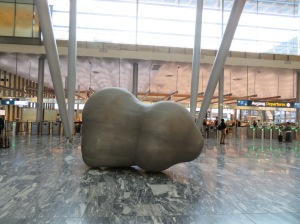 So it’s farewell to Norway and hello Holland 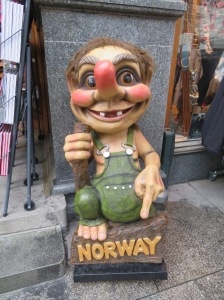