So, we were successful in getting down to Hilversum today by 9.38am. As you can gather, it meant an early start for us. 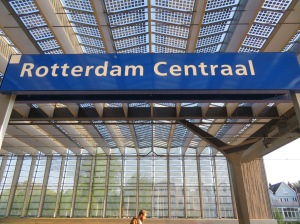 Love how the trains here have free Wifi so got to catch up on emails and post yesterday’s blog. Got a good giggle about the Wifi connection in the train – WiFi in de trein – kinda self explanatory. The speed was fantastic. 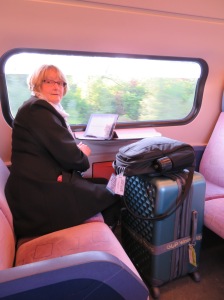 The Dutch trains always remind us of pregnant busses – well what you would think a pregnant bus looks like. 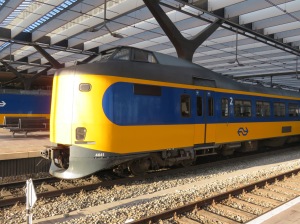 The bag we took down to Hilversum was full which really surprised us but then again it does have bike helmets etc in it. We are down to the bare basics now and even the we are going to off load the good clothes to Patti who will take them back to Calgary as we only need them for the boat.
Ali picked us up at the station and spent until 1.55pm chewing the fat and dropping off our excess baggage. We will see the guys again in three weeks.
Ollie was also in but Milla was at school practising for her end of year show. We will catch her up when we go back. Took the opportunity to start some early induction instructions and see how much Bronte has grown. She is now three and past the real puppy stage. Look forward to getting our doggie fix – just don’t mention it to Maples and Toque.

We got back into Rotterdam and yet screwed up on the trams due to a big soccer game between Rotterdam and some other town which resulted in the tram line being closed off. Ended up walking back most of the way but that was a good thing as we got to see a few things. 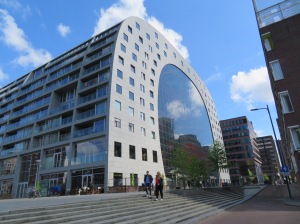 This is a really cool building which inside is a market place unfortunately it was closed.
Parking can be an issue in the Netherlands!!! 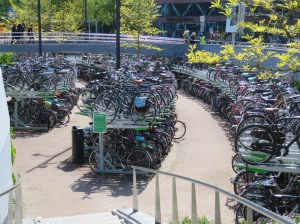 Some of you will have seen this building before. It really does have apartments in it. Reminds us a bit of that odd ball one n Montreal – name escapes us. 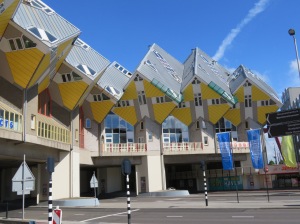 The old port of Rotterdam. Great maritime museum there. 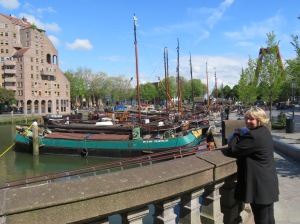 Good perspective as to the size of the tub. 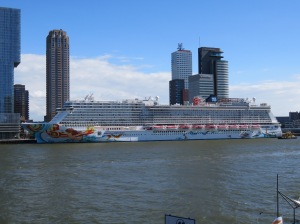 There will be no blog tomorrow as at sea for the day before we berth in Copenhagen on Tuesday evening.
Looking forward to meeting up with Patti and Pete who will have arrived into Copenhagen today. No doubt they will be shattered.