Very quick blog today. We split up with Di and Marlene going shopping in the new Liverpool 1 shopping center. Every store that you could imagine is there along with expensive prices. We wandered past the Cavern but it looked rather dark and foreboding so opted to find a coffee shop. We then wandered back to our respective boats and we had a final, final last supper at 6.00pm. Also needed to take the pooches out for a bit of a run on the grass and some fresh air. They are rather tired after a long day yesterday and tomorrow they have quite the travel day again.

Fraser and Nick did a whirlwind tour around the central part of Liverpool taking in the highlights. They took lots of photos so have included them below with short comments.

They did go into a museum called the Beatles Story which they found fascinating and informative.

This is the original headquarters of the White Star line who owned the Titanic. It is now a swanky hotel. 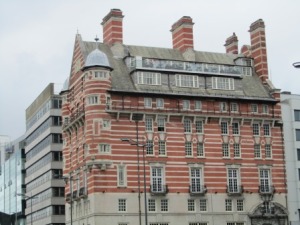 A reminder in the hotel floor of the buildings origins. 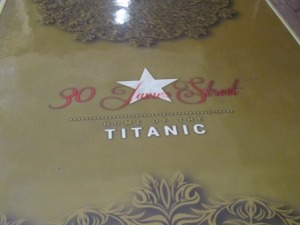 View from the top of the hotel facing back to Albert Dock where we are moored.

This is a photo from the ground floor of the Port Authority building – rather spectacular one would say. 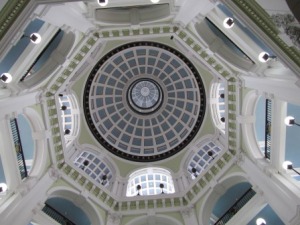 The boys then went up to find the Cavern which they say was rather seedy and smelly.

The actual inside of the Cavern which you can see is rather small.

The boys also found the obligatory pub which they say was one rather elaborate establishment.

Then of to our final farewell dinner with W+M who per usual put on quite the spread. It was a sad farewell but we will see them again in late September. 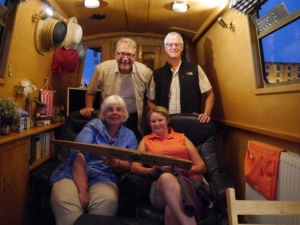 We will now be offline for about three to four days so do not fare, we will be back with many a further tale.