Now junction hopping (don’t get your junctions mixed up !) and back into the county of Staffordshire. The countryside is getting a lot wider but remains scenic. Excuse the shot of the power cables in amongst the rolling hills. 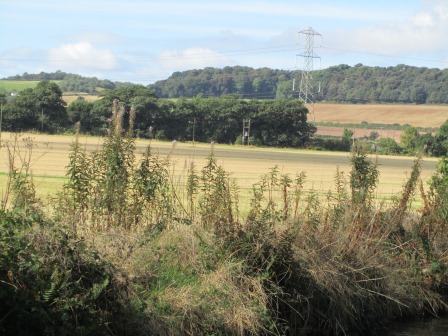 We are getting some lovely light in the morning around 11.00am and snapping merely away. 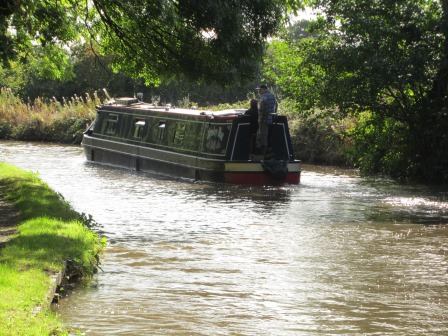 We had four hours of cruising ahead of us today on the Coventry canal which is the main north/south arterial route and have started picking up a lot of traffic. Some of this volume may well be people taking their boats back to their marinas for winter.

Not sure if we ever put a photo of our Commonwealth Country tiller flags but they certainly attract a lot of conversation and confusion. The story is getting a little repeatative explaining them to people but it stuns a lot of people to think that we swapped Australian weather for the weather in Canada. Maybe we are a little bonkers as we are starting to realise that we are heading back into a Canadian winter on our return. 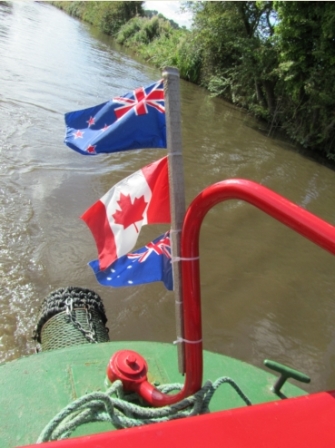 We skirted a live military base but also an old wartime aerodrome reputedly haunted by a headless figure in a flying jacket. Obviously he was out for lunch today as we didn’t see him. RAF Lichfield opened in 1941 and many of its flying crews were Australian. You can just make out one of the old hangars amongst the trees. 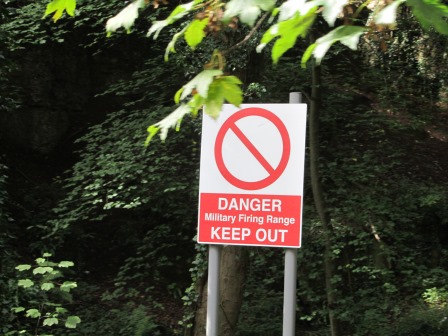 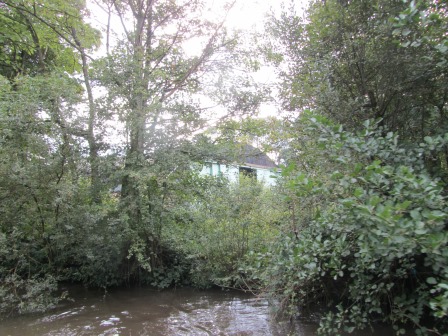 The base was particularly associated with Wellington bombers, and it was in this type of aircraft that crews from Lichfield took off to take part in the first 1000 bomber raids over Germany. After the war the aerodrome was used for storage – at one time there were upward of two thousand aircraft cluttering its runways. We did not see any evidence of any old war planes when we passed which was a pity.

Caught a glimpse of this vine covered house with the changing of the leaves. We noticed that it was well into the spouting and drain pipes. It is lovely to see but not so sure it is good for the brickwork. 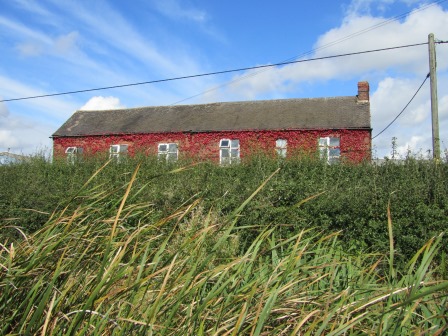 Also passed by this absolute monster. Unfortunately by the photo, it is hard to get the dimensions of this windmill but it has to be one of the largest we have ever seen. They are big into wind farms and solar energy here. Wind farms yes, solar energy – problematic considering there is always such a lot of cloud cover. 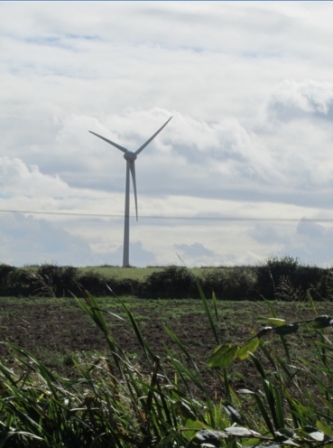 Cruised by these beauties. Someone’s passion. 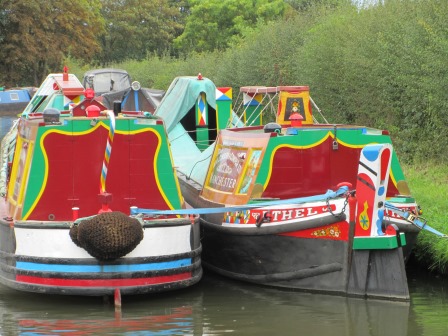 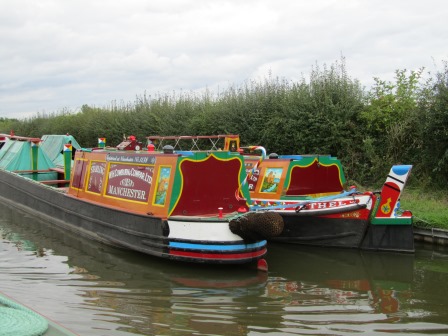 Coming into Fradley Junction now and went through our last swing bridge. We seem to be having a lot of “lasts” these past few days. Fradley Juntion is where the Coventry Canal meets the Trent and Mersey Canal which is a substantial junction. We are now on nb Lucy’s home canal. 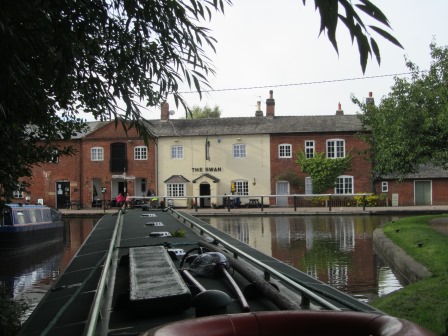 Once moored up we walked back to the junction which was indeed picturesque. There was the old Swan pub which we popped into and saw lots of canal memorbillia. 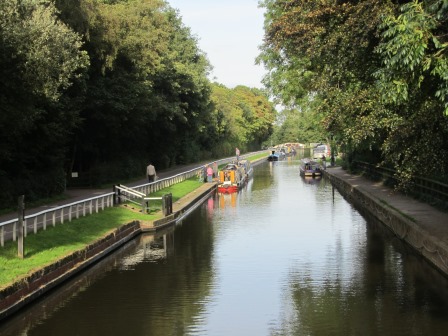 On our wander we passed by this boat where the chap was selliing fenders of which he was handmaking some on the towpath. There is quite the art to these and some of them are elaborate indeed. Just pricing these up which you do require quite a few for your boat if you want to protect the paintwork starts to make you realise just how costly these metal tubs are to own and maintain. We did some sums with our friend Wolfgang who owns his own boat a little while back, and it is quite staggering how much it all adds up to before you even turn the key to start it up. Think we will keep hiring as out of our league to own a boat. 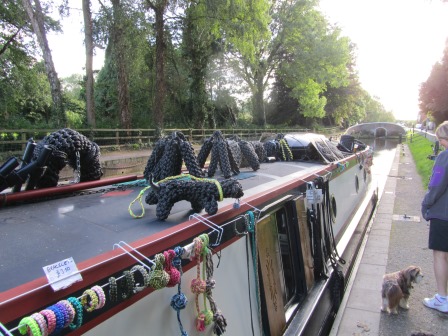 So tomorrow will see us chug off at a reasonable hour as we have five hours cruising tomorrow to Haywood Junction as we want to take Sunday off an enjoy what the area has to offer.